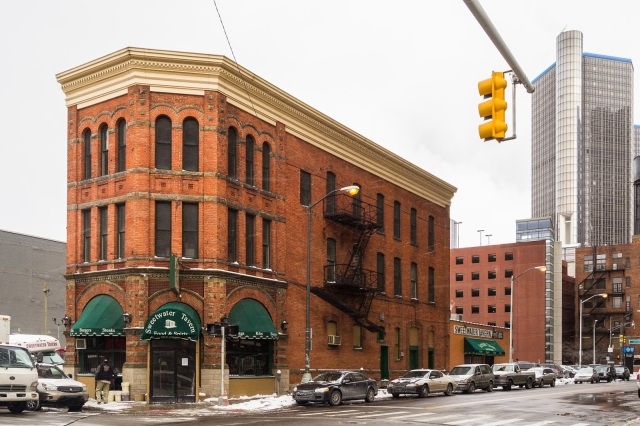 Detroit is on the rise and it’s fantastic, unless you want to grab a quick lunch on a Saturday afternoon. Then you think longingly back to the days when not so many people thought the city was as cool as you do.  Over the weekend Danny and I were downtown and decided to go to lunch in Corktown.  We literally went to all of our favorite spots and they all had at least 20 minute waits.  Too hungry (and apparently naive), we bounced from restaurant to restaurant hoping to walk in and get a table.  An hour later, we went downtown.
Sweetwater Tavern was on our to-do list because it’s known for having the best wings in town. Busier than I expected, we were thankfully able to find a table without a wait. 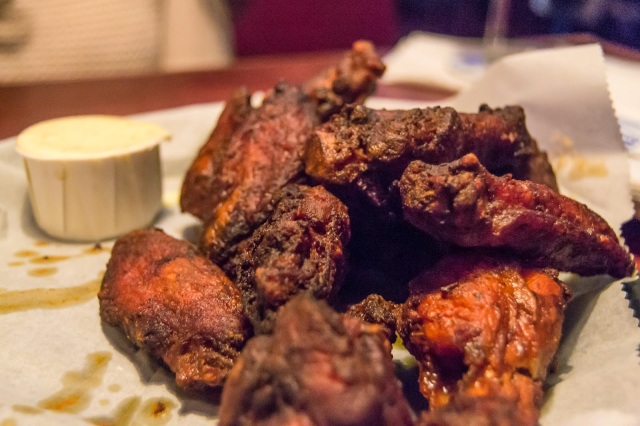 The menu is classic bar food and the star is the the Sweetwater Wings. The chicken is delivered daily from Eastern Market marinated for 24 hours, dredged in spices and fried. I normally don’t eat food with Buffalo flavor but I could eat these. This might not sound like a great review but it is, if I don’t like something I won’t eat it.  A better judge is Danny who thought they were great and lived up to their reputation. 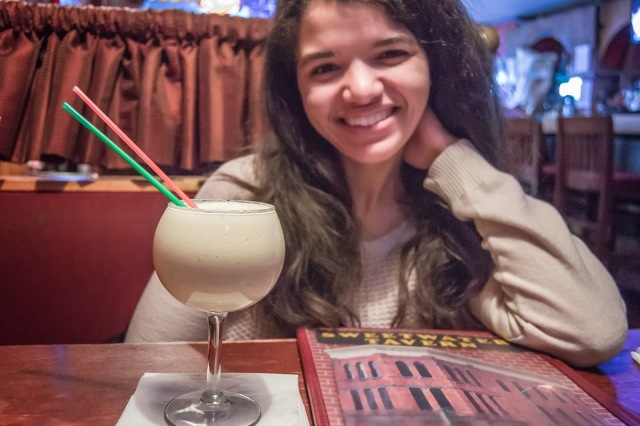 Another menu item that is declared the best in Detroit is the ‘Hummer’, it was good but I prefer the Mercury Bar. Since I’m a total food snob these days, I can’t get too excited about a date at a bar but I’m glad we went and checked it out.