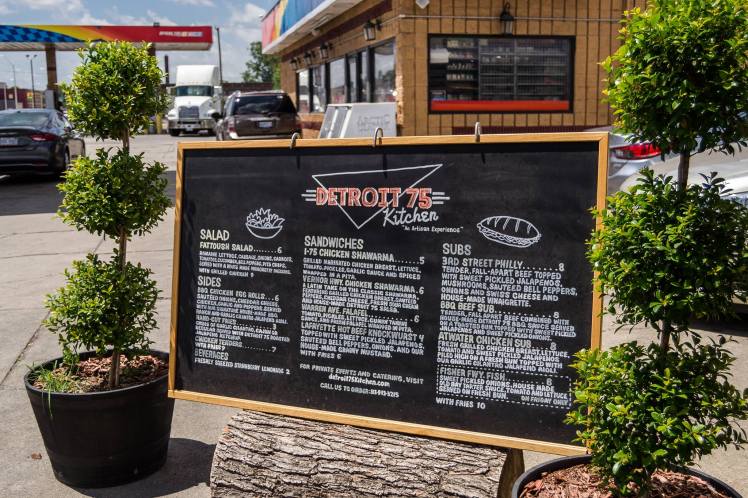 When you Google Detroit 75 Kitchen, the street view is a Sunoco. I’ll admit it left me a little skeptical but my boss was adamant in his recommendation and his lunch smelled delicious. I think we waited all of a day before checking it out on a lunch date. Let me tell you it is a definite winner.

We ordered a sub each (Detroit Philly and BBQ chicken) and fries. It was so good neither of us wanted to share and were both disappointed when the fries were gone. The sub was such a good size, I saved half for another meal that Danny co-opted as his own later.

The food truck is located off 75 freeway, close to the Ambassador Bridge in southwest Detroit. Convenient for Danny to travel from Midtown and I work in the general area. We will definitely be back for another lunch date – sooner rather than later I am sure. They were also playing the latest radio sensation 105.1 The Bounce Hip Hop hits from the early 2000s aka the new ‘oldies station’ – turns out I have really missed Ja Rule! 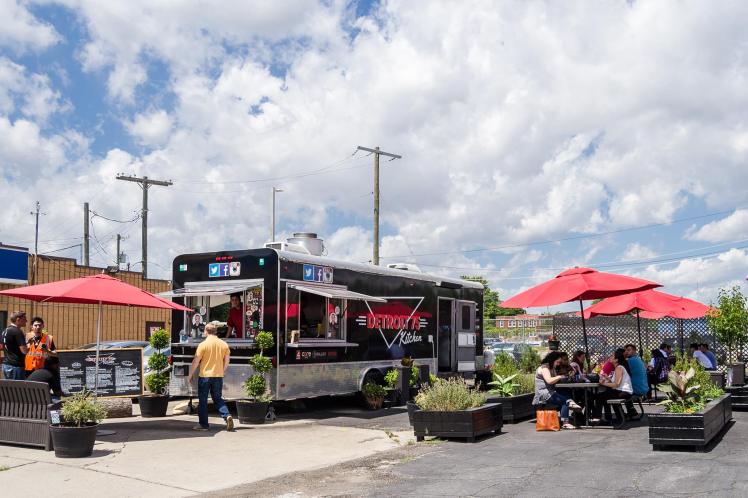 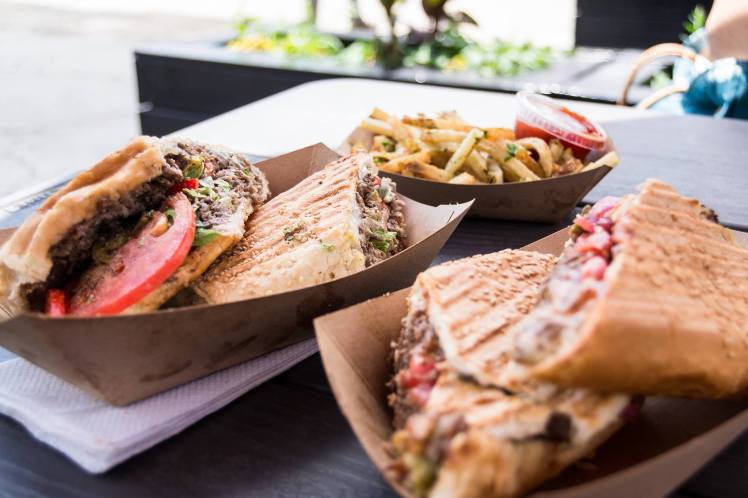