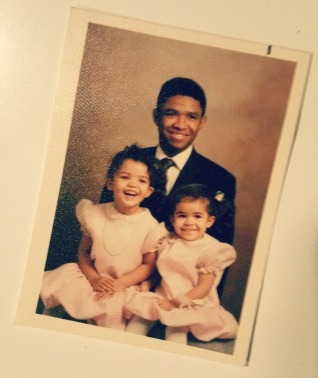 My dad passed away a year ago today. It’s a weird thing. It’s hard to miss someone you didn’t really see for 5 years. At the same time it’s hard not to think about them when an inheritance allowed you buy your dream home.

I called my brother the other day and got his voicemail. Except it wasn’t his voice, it was our dad’s because he uses his phone. I knew that but it still caught me off guard. Hearing my Dad’s voice brought on a lot of mixed emotions.

It’s common to think about people differently when they’re gone. I don’t think it’s a bad thing or disingenuous. When someone’s alive you can have expectations. After they’re gone so are the expectations. You no longer look at things in the light of how they could be because they will never be different.

One year later these are the various thoughts floating in my head.

I think about him every time I hear Under the Sea. He used to sing it like Sebastian and I always hear his voice when I hear that song. I even told Lucas about it the other day when it came up on Pandora.

I also think about him every time I drive by Ten Yen – a Chinese restaurant. We used to go there often (at least in my memory) but our one visit there I remember vividly. We were with our Uncle Chris and I asked what a virgin was. I was young but had heard it on tv. I remember he was mortified and as a grown-up I understand why. I don’t remember what he said but I do feel like he handled it well. I think about going back but fear it might be emotional.

I wish we had a nice picture together. It’s no surprise I love pictures, so I wish I had one digital picture that caught us at a happy moment (not that we have an alternative photo either).

I wish he got to know me as a grown-up. It was possible, it just didn’t happen. I don’t feel that he ever really knew me. We didn’t see each other enough or have that kind of quality time.

I think he would have been surprised. The challenge with young parents is that you’re all kind of growing up together. Young people’s emotions run at the surface and parenting is hard. I don’t think it’s a good combo. It murkys the waters, so that those hard teenage years aren’t viewed as a teenager being a teenager. I think both of my parents took things I did and said personally when none of it was personal, it was me being a naive teenager. Mom and I went through the ringer to put it lightly but now we’re good friends. I think she likes me as a person, I like her as a person. We have an adult relationship and it’s great. She’s still totally my mom and I treat her like that but it’s not just a mother-daughter thing.

It was always father-daughter thing with my dad and since that wasn’t easy or great circumstances, it didn’t end well.

We were actually quite similar and there are a lot of conversations I wish we had. Writing this I suddenly remembered how things were before they fell apart. I was really excited about it and we did have a couple good conversations and a nice lunch at a coney…

I wish he would have called… or texted…or emailed. I never ignored him – I don’t ignore anyone, it’s my weakness.

I wish he would have been nice the last time I saw him. He was mean on purpose and I wish he hadn’t been because I would have done anything if he had been thoughtful.

I wish everything had been different because I know he’d be crazy about Lucas. He’d be especially pleased with his musical interests.

And even at nearly 30, a tiny part of me can’t resist being a little bitter and a little jealous. I wish he would have just used his computer talent to be a computer engineer and have a normal job and a normal life and be there when I needed him.

Well the former wasn’t who he was and for the latter, I suppose he was there for me because we really wouldn’t have this house without him.

So if there is the internet in the hereafter (sans comment sections ofcourse) – thanks Dad.

2 thoughts on “One Year Later”