I did take his 9 month picture on the 21st but got swept up in the holidays so behind on his official monthly update which very much complicates things because in 1 WEEK he’s started to pull himself up, walk along furniture AND climb up on the window (well at least very nearly – he’s got good jumps and upper body strength) – all just a reminder of how much life can change in a short time.

Sam is his own man. He’s an adventurer at heart and even though he wants to be next to me all night long I worry he’s not really a cuddler and will go off to college and I’ll have to beg him to visit on the holidays – it’s all very traumatic.

He’s got 4 teeth with another upper coming and he gets too much joy biting me….

Even still he’s a smiley sweetheart who melts everyone’s heart.

He’s a pretty good napper and generally sleeps 2 to 3 clumps during the day.

I’m too nervous to give him too much food because he doesn’t chew well but he loves baby food bananas and Mums.

He loves The Mockingbird Song book and music generally – although he had no interest in his musical Christmas presents. He did enjoy the Tiny Tot concert at the DSO though so I’d like to get him in a baby music class in 2020.

He does love the Ultimate Marshall Firetruck Kerry got them for Christmas and the boys literally fight over it. Sam is very interested in the mechanics of wheels and will inspect them for a long time.

Sam is also a football star in the making. He LOVES holding and throwing a football – it’s amazing.

He doesn’t say words yet but he’s a talker and often speaks his mind. 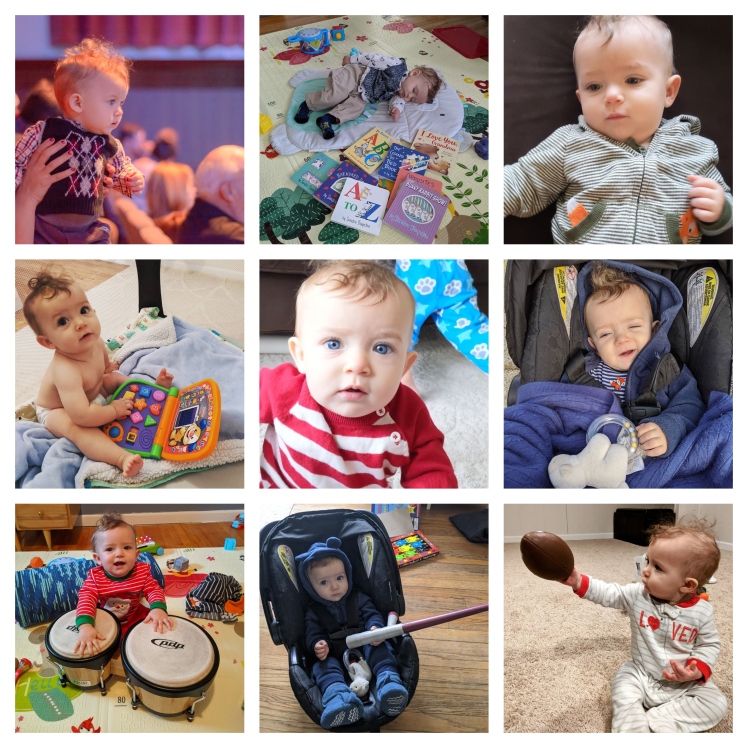 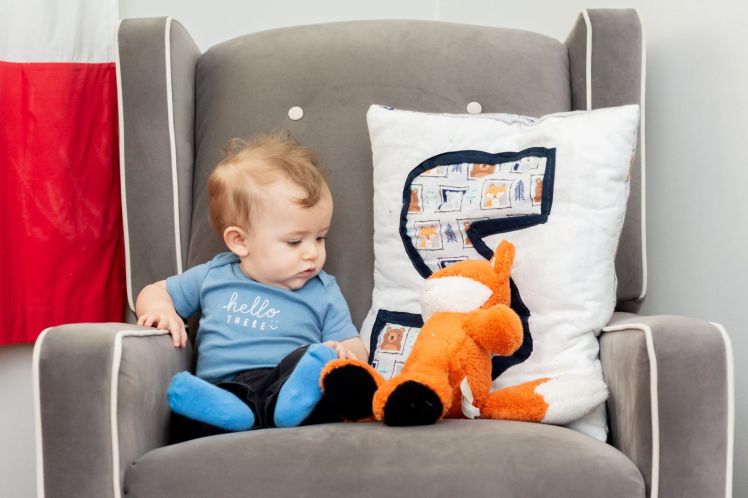