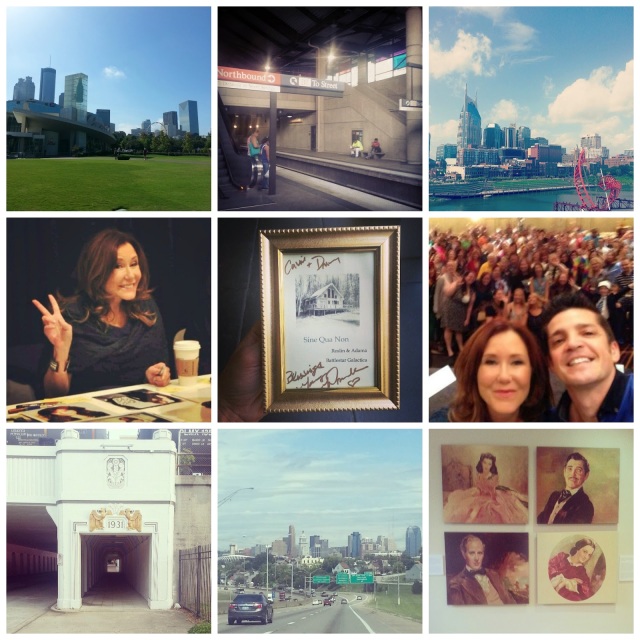 I had a wonderful extended Labor Day weekend.  Our multi-state tour of the South was a lot of fun but I am happy to be home!  It’s fascinating to see where other people live and I have to admit I was confronted with some harsh realities. While touring other large cities it was impossible to ignore the fact that there is a lot of work left to do in the metro Detroit region.

Our trip started in Georgia and I now understand why people speak highly of Atlanta.  It’s a beautiful city. The first thing I noticed upon our arrival was how large the central business district is.  Downtown Detroit is about a square mile and Atlanta is obviously several.  This raised other flags in my mind because people walk to get from place to place.  When I travel I walk everywhere within an hour.  I don’t think much of this when I’m in New York or Chicago but in Atlanta I realized that virtually no one walks beyond downtown to Midtown or Corktown in Detroit.  The automobile industry has encouraged sprawl (and laziness) in this region and we really need to start wearing our walking shoes.

The highlight of Atlanta is the MARTA.  It is accessible, easy to use and clean.  We parked at a park and ride to avoid downtown chaos and it was a great strategy.  The entire trip I thought about a transit proposal that would have light-rail on the major streets in Detroit: Woodward Ave. (for the Detroit Zoo), Jefferson Ave. (for Belle Isle), Michigan Ave. (for The Henry Ford) and Grand River and Gratiot Avenues for the neighborhoods. I don’t believe any action has been taken on this proposal but I hope it will be brought up again.

I can’t say much about Alabama but Birmingham did surprise me.  It was bigger than I expected and had many historic buildings/locations that I envied; however, there are also a lot of abandoned properties.
Nashville can be compared to Disney World: sparkling clean, music fills the streets and a variety of activities for all ages.  The things I want to see Detroit learn from Nashville:
A burning question I have that perhaps someone reading this can answer is: why didn’t I see homeless people? This especially surprised me in Atlanta because there were thousands of visitors who I feel would have attracted panhandlers.  I’ve seen plenty of homeless in New York, Chicago, and Portland so I know this isn’t a Detroit thing.  I walked around a lot in Atlanta, Birmingham and Nashville but I didn’t see one homeless person.

Travelling was a valuable educational experience.  It gave me a better understanding of what people compare Detroit to.  I enjoyed seeing the things other places do well and hope that I can find a way to bring these ideas to the right people to make Detroit an even better place to live and visit. Since I said a lot about what Detroit lacks I want to mention something I feel Detroit has to offer that other major cities don’t.  People in Detroit have the opportunity to create something meaningful and to make a noticeable difference.  I imagine that it’s harder to breakout in areas that have all the amenities people expect.  In Detroit, everything gets noticed because no matter what the project is it’s changing the city in profound ways.

I can’t mention my trip without mentioning the reason for it.  I took the biggest fangirl move and went to DragonCon.  It was an unbelievable experience.  Tens of thousands of people flooded the streets of Atlanta and waited in long (LONG) lines to meet professionals in entertainment and listen to them speak about their craft.  An event that could be utter chaos, surprisingly wasn’t.  Everyone we met was friendly and we witnessed no incidents of bad behavior (although fire martial codes on capacity were certainly tested).  I went to Georgia to meet Mary McDonnell. I am a fan of many actors but I would not travel or attempt to meet any of them.  The person on screen and in print inevitably takes on a fictionalized persona and since actors are real people, I would rather enjoy the fantasy and let them enjoy their personal time.
For the first time I felt inclined to break this personal philosophy.  I’ve read only the nicest things about fan encounters with MM and had to experience it myself. I tried not to set expectations but even if I had it wouldn’t have mattered – she exceeded all of them.  Mary McDonnell was not what I imagined but in the best ways possible. I was able to meet the actress and see that she’s not Laura Roslin or Sharon Raydor.  For that reason I’m even more indignant that she doesn’t have an Emmy.
The main mission was to get the table number from my wedding signed.  The added bonus was having an actual conversation with her and for that I thank Jonathan Del Arco. While we waited patiently for MM, we were able to talk with Jonathan about Major Crimes and he totally had my back when it was time to see MM. Both days he told her nice things about me since I was so obviously nervous.  He was beyond sweet and earned some fans for life in me and B.
*I can’t resist adding that the Margaret Mitchell “Museum” is not a museum.  It’s a tourist trap.  If you want to go for fun great but do not go for fact because there is none.
(Photo credit: Jonathan Del Arco and Grace Moss)