Our Sunday craft projects are going strong around here. Since Peppa Pig we’ve done a Pokemon and Elmo. This weekend’s project was for President’s Day and a bit more elaborate than most.

I love presidential history and struggled between doing something for Washington, Lincoln, FDR or Obama – for a bit I considered doing something for each of them – but when I turned on the tv Saturday and watched the last bit of Spielberg’s Lincoln (one of my all time favorite movies) the decision was made.

The great thing about Lincoln is it’s easy to do a log cabin for kids and we already had Popsicle sticks. I took a piece from the Gettysburg address and made it a puzzle. I color coded the back to match the words written on the paper since Lucas is two and I didn’t know if he would be able to match the letters (he probably could have but was too impatient).

Originally I planned for him to use a Q-tip to put glue on the back of the stick and put it over the words. Since he hates getting dirty, Danny came up with the smarter idea of Lucas telling me where a piece goes and then I put the glue over the words on the paper so he could lay down the stick.

Typically, the final piece of our craft is Lucas telling me a story about the picture. Since this was more educational, I wasn’t going to do it this week BUT he immediately told me a story after we finish. Definitely a successful mom moment – I’m glad he likes to tell stories.

I was admittedly over ambitious adding a part two. I wanted to teach Lucas about Lincoln in a relatable way but he wasn’t interested. Also trying to explain slavery to a privileged two year old is impossible…. lesson learned. That said, he did LOVE getting money to put in his Captain America bank, so it wasn’t a total bust.

I’m so glad Lucas enjoys doing our crafts because putting them together is a lot of fun and relaxing for me! 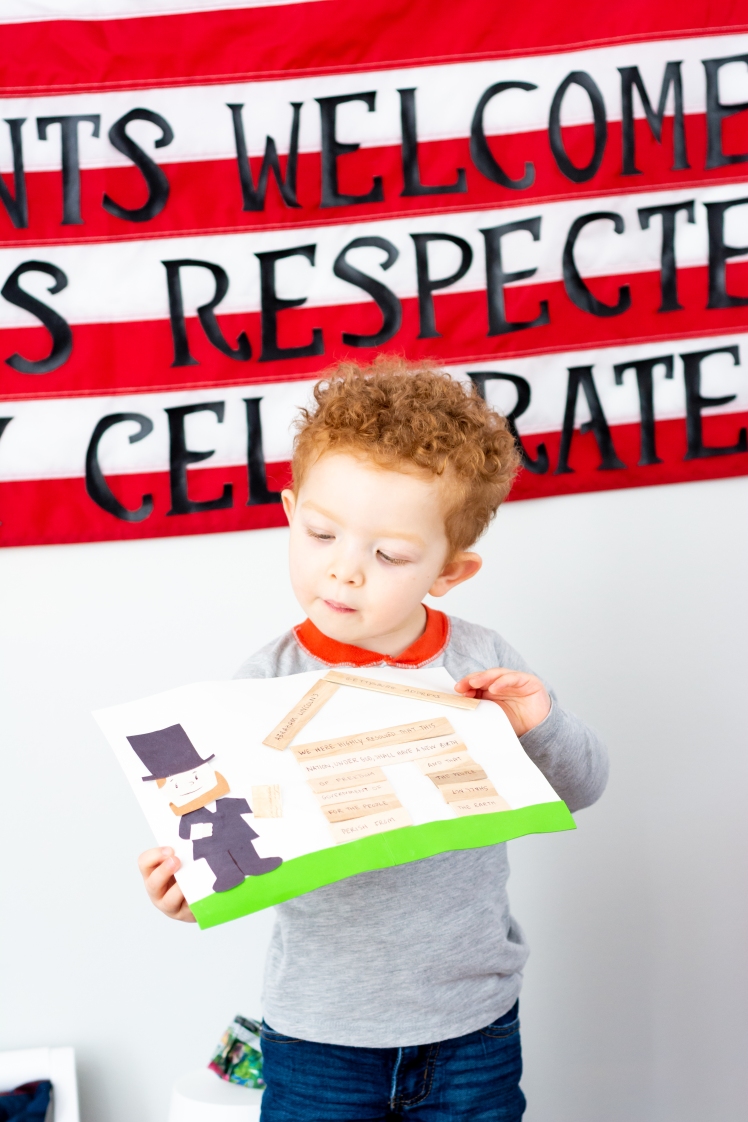 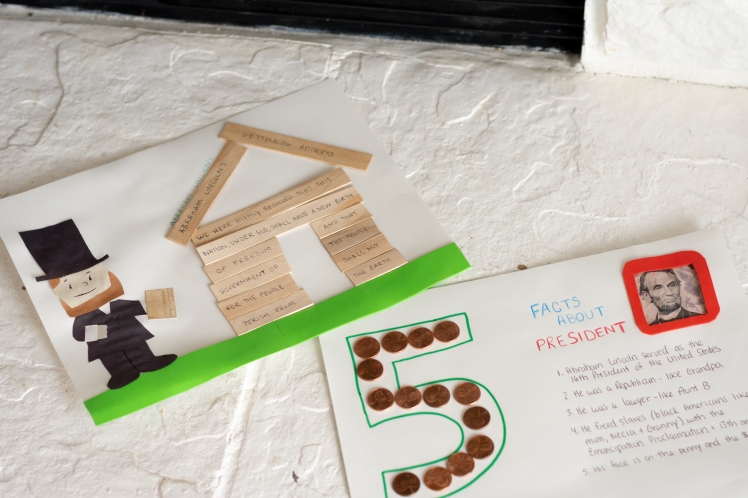 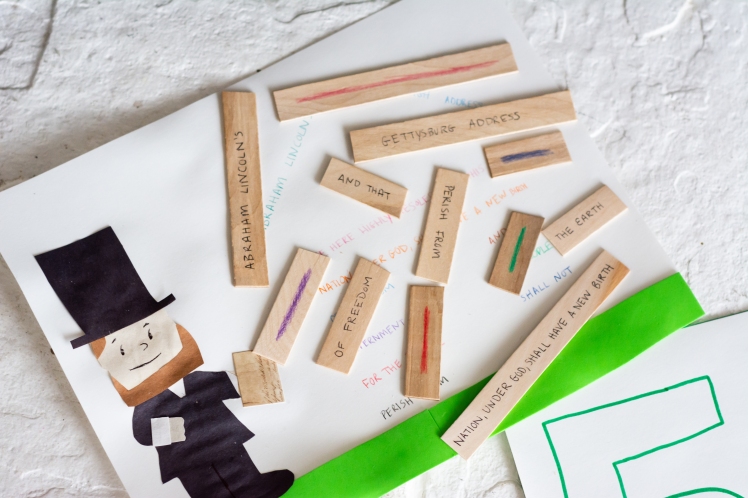