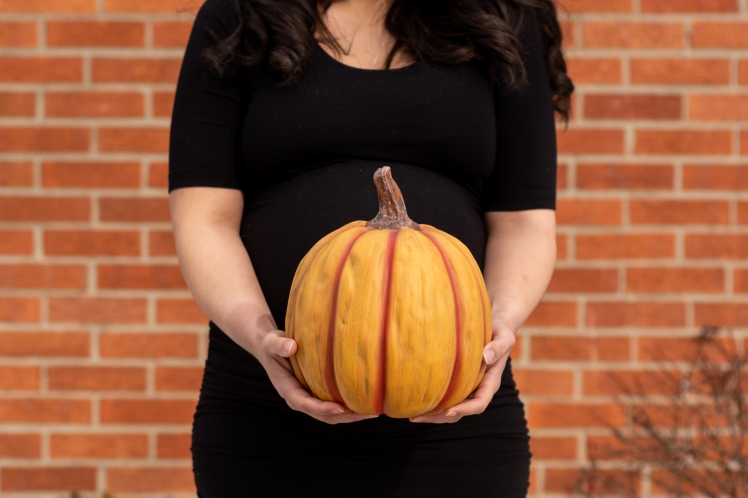 Yes, it’s a fake fruit BUT where would I find a pumpkin in February? The final update and picture, I can’t believe how quickly time has gone by. The first several weeks were miserable but since October it’s really been smooth sailing. I can’t wait to see what this little man looks like and to find out if he’s as big at birth as his brother – I certainly look as big as I did with Lucas.

How far along?  36 weeks and 2 days
Total weight gain/loss: 30lbs and I’m sure it’s not going to stop there.
Maternity clothes? Yes – typically the same ones on rotation.
Stretch marks? Not that I can see….
Sleep: Sleep is good. I’m going to bed early to get in as many hours as I can before the sleep deprivation starts.
Best moment to date: His kicks and wiggles.
Miss Anything? Not really. He’s a low-key kid.
Movement: I remember being so paranoid about Lucas’ movement but Sam moves around. I don’t know if he moves around more or less since I’m so busy but I’m hoping that since he still has room he won’t be a complete giant.
Food cravings: Nope.
Anything making you queasy or sick: Nope.
Have you started to show yet: I feel ginormous.
Gender: Boy – Samuel Anders
Looking forward to: I’m excited to meet him! The countdown is on and I’ve been so preoccupied with life I don’t feel like I’ve been able to give him a lot of attention thus far. We have plans to clean the house next weekend and get everything set and ready for his arrival. 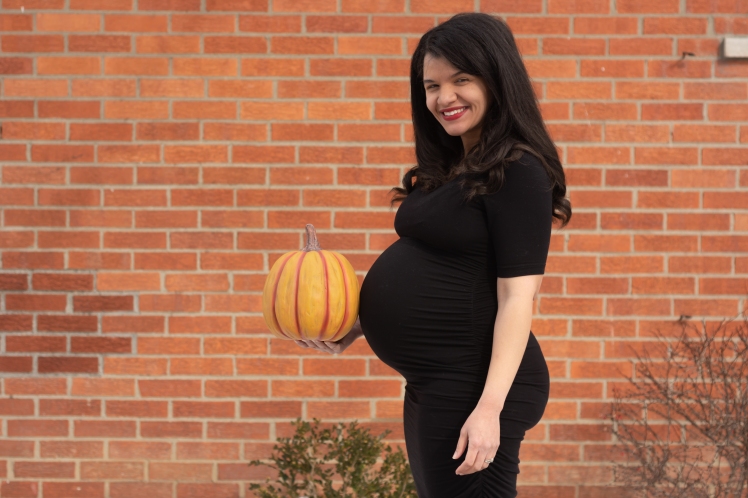