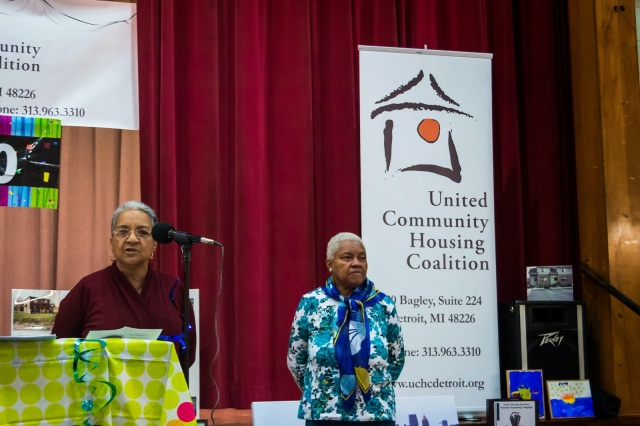 Last week I attended the 40th Anniversary Membership Dinner for the United Community Housing Coalition (UCHC).  It’s an organization I’ve been familiar with for a number of years, but the evening really emphasized to me the significance of the UCHC’s work.  The UCHC is a premier non-profit organization helping Detroit residents (homeowners and renters) remain in their homes.  The housing crisis has tempered in most areas of the country but it continues to be a significant challenge in Detroit.  Tens of thousands of individuals are expected to be foreclosed on next year and the UCHC works tirelessly to stem the disaster.

I think it’s easy to mistake the housing crisis in Detroit as a singular issue confronting a ‘failing city’ and impacting people who ‘don’t work or work hard enough’ to avoid it.  Three issues were addressed during the dinner that highlight the widespread impact housing issues have on society as a whole.  It’s easy to dismiss the problems of an individual or family but it’s important to remember that these challenges are like a pebble tossed in a pond, there are repercussions and many pebbles mean unsettled water abounds.

Tax Foreclosure: One thing that is important to note is that the city of Detroit offers property tax exemptions to low income families. Unfortunately, this is unpublicized and many families lose their homes for a reason that could have easily been avoided.  There are expected to be over 60,000 foreclosures in Detroit next year.  For perspective, when Wayne County had 40,000 foreclosures it was 10x higher than any county in the United States.  Half of the homes are owner or tenant occupied.
How the UCHC Helps: In addition to counseling services that help homeowners and renters complete paperwork and negotiate agreements with government entities, the Coalition purchased 326 owner occupied homes for a total of $250,000 and sold them to the residents with a no-interest loan.

Water Shut-off: The water crisis in Detroit has become an international issue.  I won’t get into all the details but there have been approximately 3,000 water shut-offs in Detroit every week for months.  Our early winter has postponed further shut-offs because the water department won’t turn off water when temperatures are at 32F.  Regardless of the weather, homes without water are unhabitable. Families are forced to live in life threatening conditions (a conclusion drawn by the courts) or vacate their homes to have them be stripped and blighted.
How the UCHC Helps: Unpaid water bills are transferred to taxes and contribute to the foreclosure crisis. The UCHC works with residents to address this issue and often find that the water department has made errors in billing.  These errors, when corrected, don’t often address the large penalties and fees associated with the bills.

Displacement of Low-Income Families: Another controversial issue facing Detroit (and most large cities) is gentrification.  Everyone wants the city to attract new residents but at what cost?  Often times long time residents suffer because they don’t fit the profile developers want to attract and can’t afford to lobby against displacement.
How the UCHC Helps: Developers often receive millions of dollars in tax credits to do business in the city.  They generally get years to work on a project but give residents living in their project areas weeks (or less) to relocate.  The UCHC may not be able to keep families in their home but they have negotiated relocation assistance paid by developers to help individuals afford moving costs (e.g. security deposits for a new apartment). 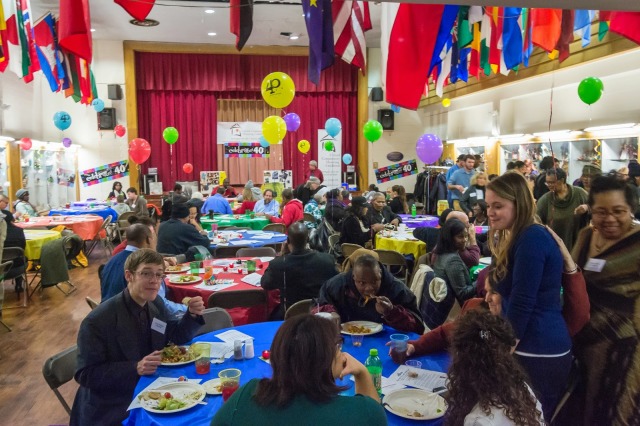 The holiday season is here and if you’re looking for a quality organization to support, I highly recommend the United Community Housing Coalition.  Last year the organization assisted over 11,000 individuals resolve housing problems. The staff and volunteers are beyond dedicated.  They are working a triage operation as a labor of love and commitment to social justice.  They are always in need of volunteers, particularly individuals to answer phones.  Consequently, if you call to inquire you may need to try a few times to reach someone at (313) 963-3310.  You can also email uchc123@sbcglobal.net.  If you are interested in making a financial contribution, it can be sent to: